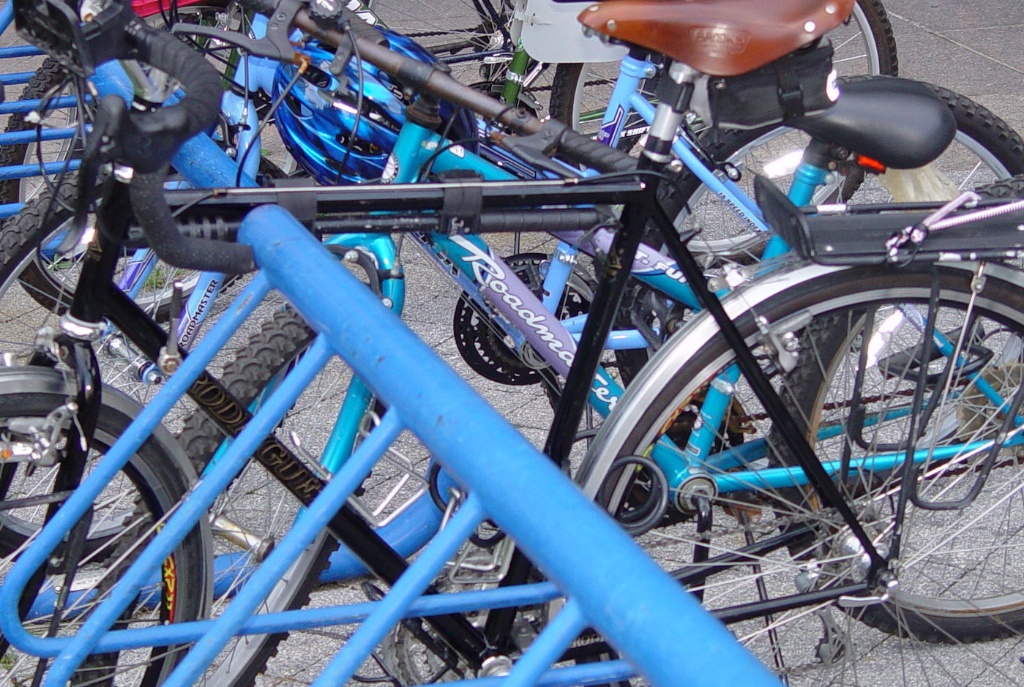 Back on the streets of Boston, it’s a free-for-all. A maddening array of cars, potholes, cyclists swerving and running lights, and pedestrians dashing across the street. Expecting the unexpected is about the only mental state for bike commuting in Boston.

I can’t tell that there’s a gas crunch on or that folks really are making sacrifices to afford their car travel. It looks the same to me; plenty of single folks driving like maniacs and the parking lots are full. I am taking inordinate glee at thinking how much it is costing to fuel an SUV these days, particularly as pointless as they are in a congested city like Boston.

I’m now in a two bike-commuter household with Vic braving a 30-mile roundtrip to Natick on his bike, nearly everyday. I’m finding it a bit odd to talk knowledgeably with Vic about lighting strategies, mud flaps, and booties, as he’s fallen into a more extreme commute than I’ve ever had. Of course, the days are noticeably getting shorter and cooler, so soon I expect he’ll be back on the train. As for me, I’ve decided that while I am at MIT, and only three miles from Brookline, that I’ll only bike on days I am running late or need to get home early. I’m now focusing on using the Esplanade and running home after work. It hardly seems worth the hassle of biking in the dark or carrying extra clothes for such a short distance, though plenty of folks do commute in places colder than Boston. Steve and Jim, in particular, inspire me to keep biking all winter.

I am trying to convince Vic that we should convert his old bike into a winter beast that we can share. Maybe make it an easy to clean and maintain single speed, throw on some wide snow tires, and even add an Xtra-cycle for sex appeal and grocery lugging. But we’ll see. If I end up here all winter, I think it’ll be time to get an indoor trainer for the week nights and then only bundle up for weekend riding.