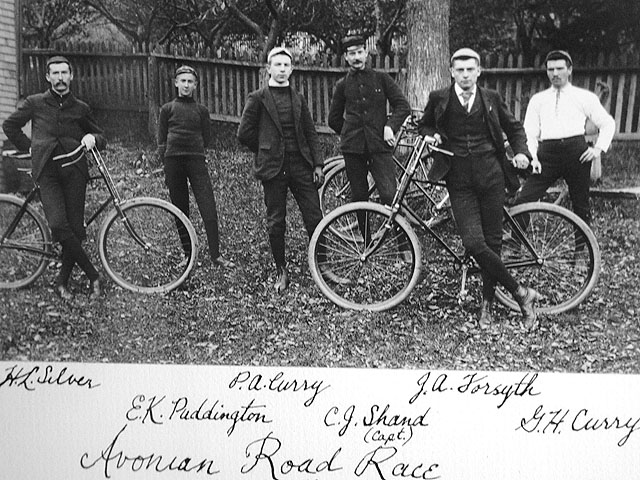 Clifford Shand became obsessed with bicycles during the “craze” at the end of the Nineteenth century. His father owned a prosperous furniture factory in the town of Windsor and Cliff was “leisured” for life. He and his pals practiced riding their ordinaries in the empty upper floor of the factory, so as not to fall off the unwieldy bikes and look stupid in front of girls. Ordinaries, or penny farthings, are those odd big wheeled bikes you sometimes see costumed dandies riding in parades.

In Nova Scotia, there are plenty of house museums. Usually donated by a spinster at death to the Province, they have been, for the most part, creepily intact with few modern amentites and the original family furniture. The Shand house is a fine example. The problem with the Shand house, however, is that I showed up to find out about the “famed” bicycle racer I’d read about in the tourist brochure while the pleasant docent wanted to tell me about furniture. Who cares about furniture? I finally cut her off on the second floor and said, “I really am only here because of the bicycling! Can you tell me about that?”

It seems Cliff shocked the Nova Scotian cycling clubs by racing to victory on a pneumatic safety bike in Halifax, breaking all the current speed records. It took him over 3 minutes to bike a mile. The safties are the pre-cursor to today’s common bicycle. Like everywhere else, the arrival of the safety spelled doom for the ordinaries.

In the upper attic, there were a few pictures of Shand and his friends racing their bikes and doing club rides. There are also the remains of one of his most famous race-winning bike destroyed, along with Shand’s cycle shop, in a town fire. That’s it. The poor guide had problems even getting the name of his club out and did not know much about cycling.

Here is a mystery to research: it seems that Cliff took a tumble off his bike, bumped his head, and was never the same. The guides, now working in tandem to give me some cycling facts, were a bit embarrassed to say that he became obsessed with looking at others without others looking at him. “You mean kinda agoraphobic?” They blushed, “Well, not quite…” It seems they could not bring themselves to discuss the confused end of Clifford. That is now what I must find out.

Here’s a picture of me sitting up on a reproduction ordinaire, going nowhere on Shand’s porch, but looking swell. 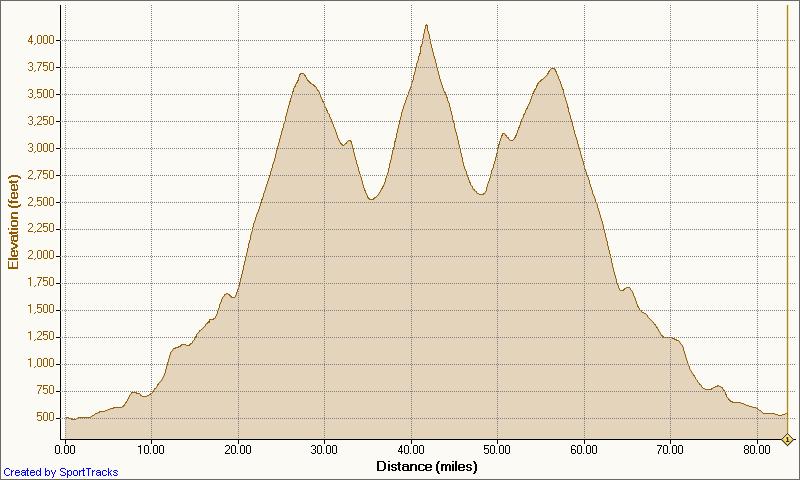 Great website. I found it via an ad on craigslist here in Seattle.

Yes, it certainly did. Who knew a fall from your bike could lead to such things…