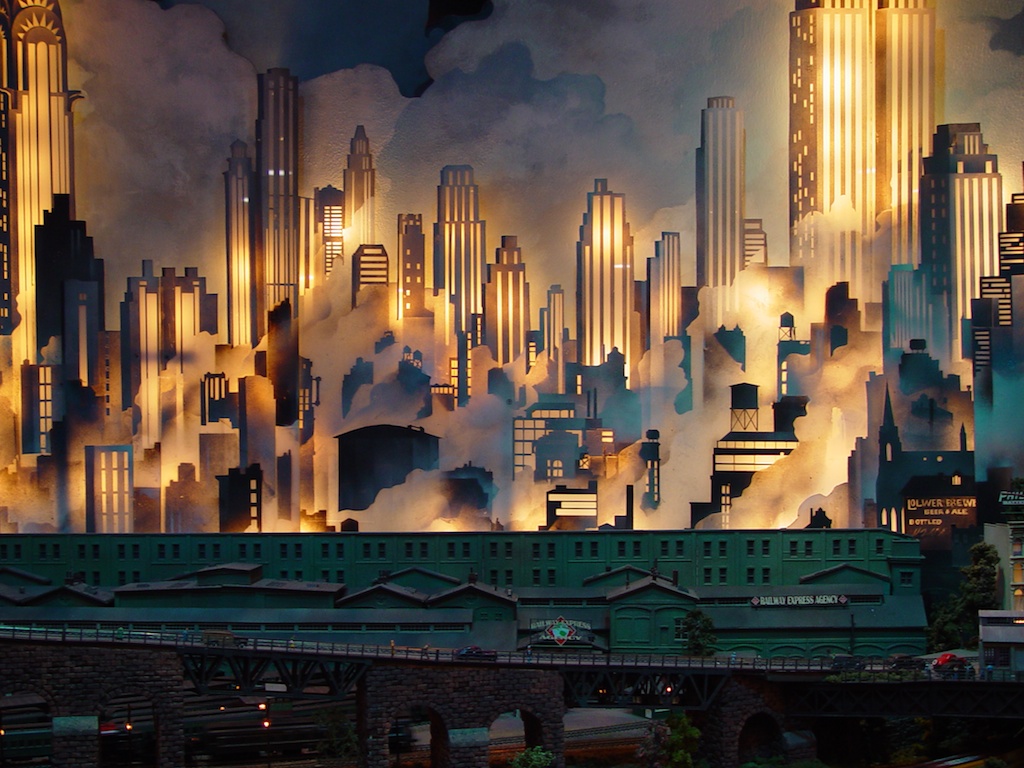 Every trip to New York has an itinerary that quickly gets broken. With S&P gone back to Seattle and Al Di La closed for the holidays, the Christmas getaway never left Manhattan.

Instead of going to the Jewish Museum, Ellis Island, The Tenement Museum, eating in Chinatown, dancing in some gay bar on Christmas, and playing chess, I did this: American folk art, really old books, the East Side, dresses, dead people and no dancing or chess but mondo sleeping and reading.

My feet are exhausted.

Here’s few details beyond the glittering windows of 5th Avenue.

On the bus down, I finished an excellent account on autism by Paul Colllins. His book includes the story of Henry Darger, the janitor of Chicago who wrote long crazed novels discovered after his death, so taking a look at Darger’s work at the American Folk Art Museum became my unexpected must-do.

The building is a narrow flight of stairs with mixed “outsider art”, home-made advertising, and farmhouse antiques. Among the current shows, Obsessive Drawings, and the code drawing of Charles Benefiel struck me as most interesting.

The collection is an odd conflation of objects and art-speak and points to the desperation of human grasping, hoarding and categorizing. It’s only the conceptual frame that binds it together, and I kept thinking of how Lyle would be mystified to see his work here, as the prophet can’t speak behind a well-lit glass case, can he?

The Splendor of the Word, running until February 12 at the New York Public Library, is the largest and best displayed set of illuminated manuscripts I have ever seen. The odd thing is that most of these books have been quietly sitting there for years and are supposedly unknown to most researchers.

At a factory in China a German “Doctor” is injecting plastic into corpses, quite possibly executed Chinese prisoners. His team then creates sculptures from the bodies. The resulting exhibits are wildly popular, expensive to see, and startling. Posters for the “The Bodies” where everywhere in New York.

While being chased around by one of these would make quite a horror flick, it’s avoiding the dreary German doctor and his plasticizing needle that really gets my mind wandering in to the dark corners of late night TV and questionable science.

Finally, here is Vic’s take on NYC, with a more complete set of links.