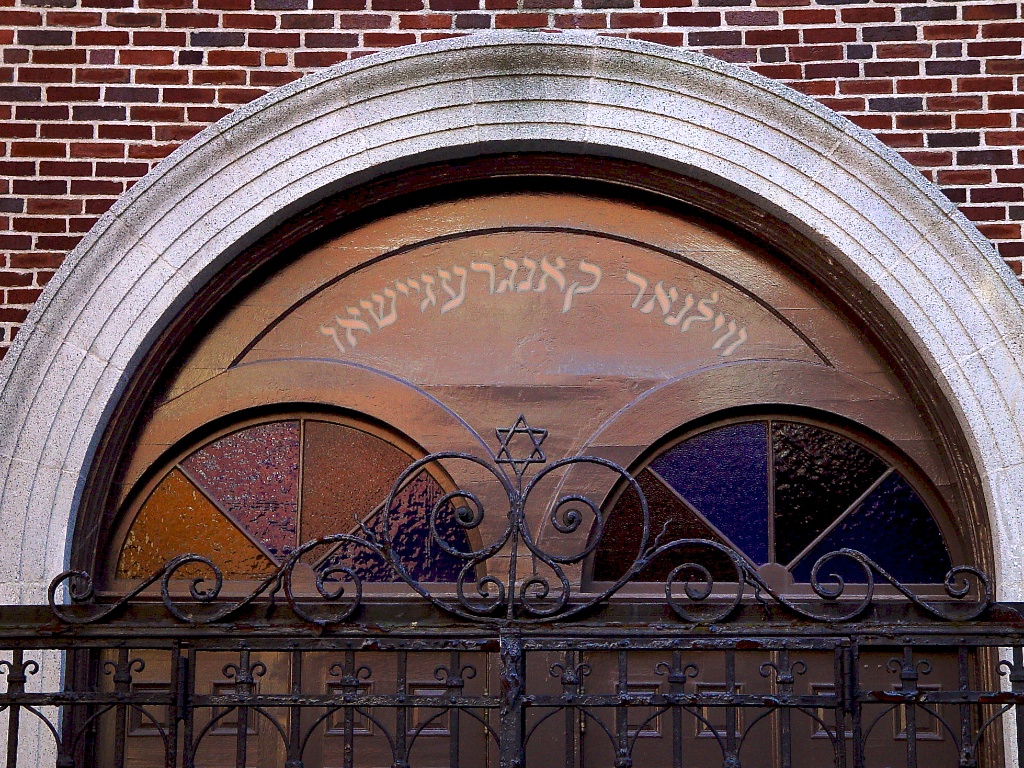 Today’s research took Vic and I up to Beacon Hill to find the Vilna Shul. I feel it is important that we try to find some sites that represent the working class and immigrant experience, though admittedly this is terribly hard to do, as the buildings and neighborhoods have been torn down or have been transformed through the many years.

Here’s what the plaque says:

Founded in the West End in 1893, this Eastern European immigrant synagogue moved to the north slope of Beacon Hill in 1906, and finally, in 1919, to this location. It is the last remaining original synagogue building of the once thriving West End Jewish Community.

From the Vilna Shul, we walked into the West End. One of the odd things about being new to the city is I’d never thought much of how this area, home to MGH and dreadful 60’s highrises, came to be. Slicing right through Beacon Hill and the North End, it was until the early 60’s a vibrant, if at the time, seedy neighborhood filled with the humanely scaled buildings that make Boston visually unique and desirable. There is a small attractive modern synagogue set in a park between two highrises, and the West End House, once a Jewish youth and cultural center, but now an MGH rehab clinic.

It was a beautiful fall day for pictures. We stopped in the West End library where they invited us back to listen to the oral history collection they have on folks who were displaced during the urban renewal that destroyed the neighborhood. By the 50’s though, the Jewish community had for the most part already moved south or west of the city, so I am not sure what we’ll find.

I hope to narrow down the route by the end of next week with the team and start work on actually writing up the brochure. We are now definitely planning on conducting some interviews for a corollary podcast guide.

If you’ve got some ideas or would like to join us for slow, crisp urban riding, drop me a line.