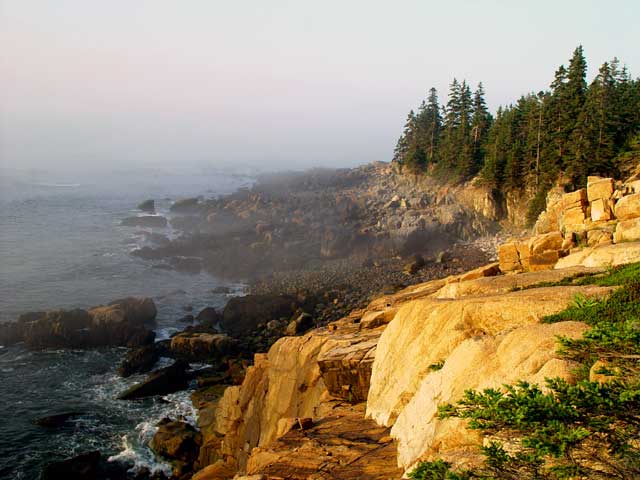 The coast of Maine often looks like the famous pictures: rugged jumbles of rocks, tiny squat lighthouses out in the distance, lobster buoys filling every inlet.

For the most part, however, my cycling in Maine has been a long boring sludge up and down blistering hills on the side of Route 1 and struggling to stay hydrated. Occasionally, I’ll dip into a lovely bay town or across an inlet only to have another 5 or 10 miles of highway riding. The detours down the long peninsulas, while tempting and lovely, are just not happening. It certainly does not help that I am overweight, under-trained, and having back pain! Throw in some very expensive camping and mosquitos, and you’d likely think I’d never come back to Maine.

I have never had a trip start with as many helpful, friendly folks as here in Maine. It’s really impossible to list them all out. I’ve been invited to camp in folk’s yards, Tim gave me a lift into Camden when my chain broke, Pierre clued into some fine nightlife and seafood in Belfast and also happened to be damn knowledgable about Newfoundland and Labrador, Russ kept me captivated over breakfast talking about steam trains in China. Kristen saw me passed out in a rest area and took me to an amazing camp where the full moon came up glistening on the water in front of our tents. And this doesn’t even count the folks passing me snacks, lending me tools, and that kind word of encouragement.

On top of that, I’ve actually met and rode a bit with some other tourers for the first time. Utah’s Ron and Nancy were doing a New England circuit and had some good stories as the miles disappeared on Route 1. I split the camp fees for two nights and spent a day riding light around Acadia with Ben, who had arrived on his bike from Ohio. It was sweetness and one of the better touring days I’ve ever had.

Today is another hot day, and it seems likely I’ll get caught up in a thunderstorm on my way to the Canadian Border. I’m making a travel change and hope to take the ferry from St. John, New Brunswick over to Digby, Nova Scotia. There I’ll hope to avoid the black flies as I go up and over to the Atlantic coast and Halifax.

Getting it Started in Maine 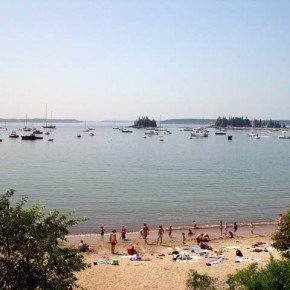 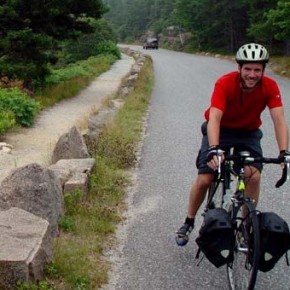 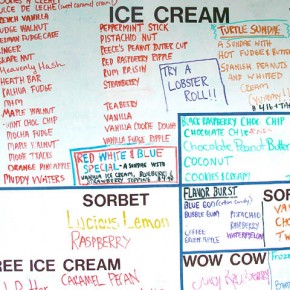 Fuel for the Tour 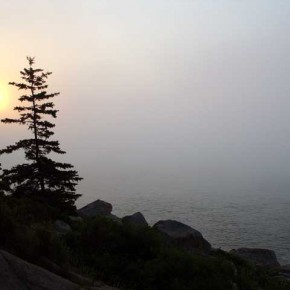 Knox, some of your fellow tourers posted pictures of you.

Youre adventure though Main sounds amazing. I wish I had stories to tell of such a nature, but alas, I am to fearful to pack up a bag and take off to where ever my pedals take me. Instead, I live vicariously through travel blogs such as yours! I found this article the other day on a cool designed bike that might interest you:
http://www.associatedcontent.com/content.cfm?content_type=article&content_type_id=1945
Keep posting. I look forward to reading. Safe travels!

Hey Knox! We just got back from our tour through VT, NH and ME. The dump truck thing cracked me up because I have a couple of photos that I’ll be posting to our journal with them. I’m so glad we got this address from you! I have a lot of reading to catch up on. We had a layover in Ohio where I bought the excellent 700 page “The Fate of Africa” which I still need to finish. I’ll be splitting the time between these blogs and it. Are you still heading through Burlington? Drop us a line at the nancnron address. Here’s to good travels for you and Victor. And thanks for the journal link in your text. I have two more photos with you in them heading for our pages. It was great riding with you and then seeing you again at Thunder Hole. Cheers! Ron & Nancy