A Day Out in Providence 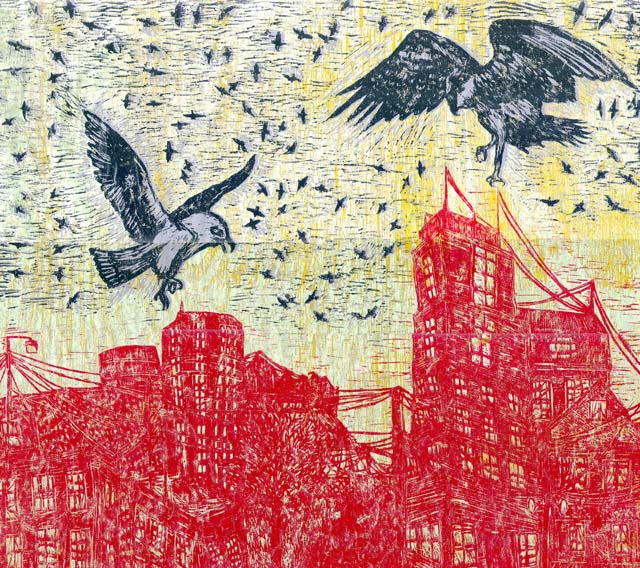 Providence got its start as the place to go when you needed to escape Boston. It obviously had grand ambitions in the 19th Century, and for a short period was prosperous with booming factories and rail lines making it a commercial powerhouse. Taking the bus in from Boston, it’s the blighted mess of a downtown that you first see, with all the hallmarks of urban renewal from the 50’s, 60’s, 70’s, 80’s gone horribly wrong. How long have they been doing urban renewal in Providence? I have no idea. Is a vacant lot better than an abandoned building?

The boosters’ map might give you stronger hopes for Providence than is justified. Still, it was nice to get out of Boston and walk around some new streets. Along Westminster Street there are a few trendy shops and a great cafe staking out what may turn out to be lovely and vital core. There was a small farmer’s market going on inside one the empty buildings and a craft show in another. Vic picked up his first piece of handmade, “meet the artist” work, a creepy three color print by Meredith Stern. It seemed like a decent thing to do with all the art kids that call Providence (temporary) home.

We walked up to College Hill, home to the Rhode Island School of Design and Brown. There’s a good set of federalist homes up there, but surprisingly few good views of the city or the industrial bay below. Winding our way down toward the waterfront, we bought some tea from a witch shop on Wickenden Street, which would have given those Bay Colony Puritans fits. If we don’t feel like drinking the tea we bought, we can erase the negativity of our couch by rubbing the tea over it, though it won’t do a damn thing about the dust bunnies living under it.

Not hungry after a filling breakfast, we opted to skip dinner and get out of the cold via that bus back to Boston, both of us feeling a bit relieved that we hadn’t made a reservation for a hotel. With the kids out on winter break and everyone making a trip to Boston for holiday shopping, it seemed rather quiet in Providence.

A few pictures from Providence 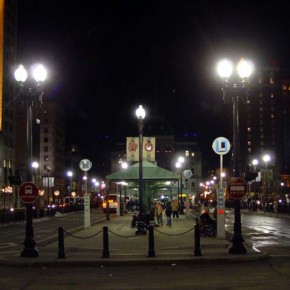 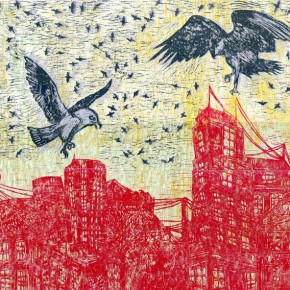 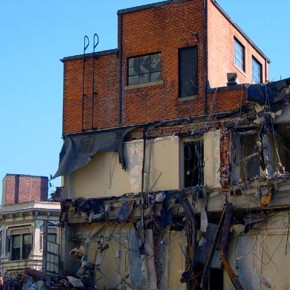 I like Providence. I prefer taking the train, though. Buses suck.

Next summer, be sure to go to Waterfire

Waterfire sounds like great fun. I love stuff like this. We could also ride the canal boats around and look at the hurricane barrier.

I guess we could combine it with a trip to the beach!

you should ride the east bay bike path if you haven’t already done so. it’s 14 miles starting just across the highway from wickenden street. it’s a beautiful rail trail along the waterfront all the way from east providence (the city, not the east side of providence) to, if i remember correctly, bristol. take a lunch that you can eat at a state park overlooking the bay.

Providence actually has more buildings on the national historic register than any other city, including Boston. Also, before you criticize Providence’s urban renewal projects, you should probably think about all the things that Boston’s pulled over the years (particularly the giant concrete abortion you call government center).

Also, if you’re looking for views of the city, check out Prospect Terrace Park, on Congdon Street north of Angell. And, it’s very much a fallacy that Providence is a bedroom for Boston as you describe it. It’s very much a separate sphere of influence, and we don’t really like the idea of being a suburb of yours, nor have we ever.