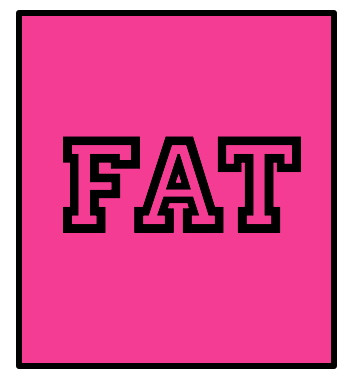 You want a donut with that, college boy!?

The past three days have found me, inside, on a recumbent bike machine. I am fat. Not “Put down that Big Mac!” fat, but a little more along the lines, “Are you sure you want to eat that donut, buddy?” It is normal to gain a bit of weight when you suddenly stop biking, but this is ridiculous.

A few weeks ago, I went to a bike store to see about getting an indoor trainer. This would elevate my rear wheel and I would sit and stare out at the blanket of snow in the comfort of my own home. The bike kid there told me I did not really need such a device and that it was rarely so bad that one could not bike outside. He said, “You just need to go out with friends to cheer each other on.” I thought to myself, “Winter has not even started and my ears are going to snap off any second, punk!”

The coldest day ever recorded in Seattle was 0 degrees on January 31, 1950. Winter starts in Boston after New Year’s. I woke up two days ago to find, that despite being sunny, it was a mere 20 degrees though felt like 8. The next day was 21 but felt like 11. This imposter “feels like” weather is the most unpleasant aspect of Boston I have yet discovered. It is brutal. It may last until April.

Instead of buying an indoor trainer, I started going to the MIT gym. It is across the street from work and has an amazing pool. Biking there is not all bad as I am surrounded by Clark Kents who walk back and forth to the water fountain. I’ve only had one day where I lacked the nerve to work out in front of these Youth of Mental and Physical Perfection. I was not able to join the MIT Varsity Swim Team on the pool deck, as the contrast between us was too glaringly a child’s game of “Which One Does Not Belong.” The second day I did not wear my glasses to the pool and swam with confidence. It has been a long time since I have been in a college gym as I was too busy smoking and deconstructing to bother with working out while actually in college. I had never heard of an English major with abs.

I don’t think there is much one can really do to get ready to bike across a continent with 50 pounds of gear. Those books that cheerily advise one to “take a spin around the neighborhood” are naïve and a bit cruel. That said, until my washing machine stops shrinking my clothes and the daffodils bloom, you’ll find me inside, reclining, reading a book, and biking for all I’m worth. Sure, sure, let it snow.