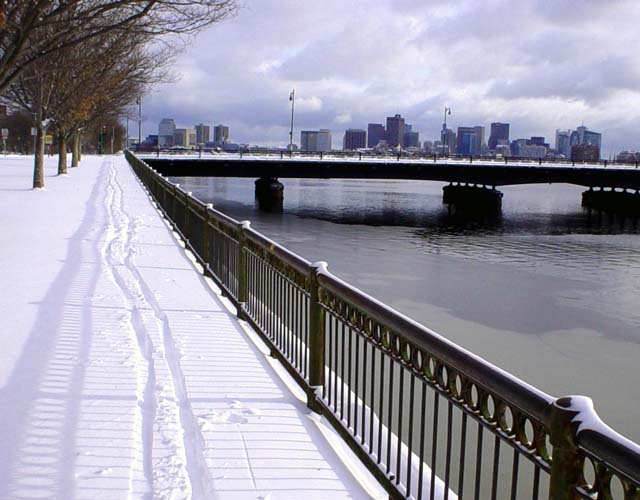 Skiing at Harvard Bridge near MIT

Last night we got a foot of snow. There is certain irony to this, as it did not snow on our week-long ski vacation. I pulled the skis out last night, Vic padded my boots with extra socks, and I walked around Brookline as he tried to get the basics of cross-country skiing.

I went to bed excited like a little kid, thinking “snow day”, but a foot of snow does not mean much here. Sure, MIT was open, but with a foot of snow I thought I could ski. I was not counting on how quickly Bostonians dig out, salt up and sand everything in sight. I carried my skis across shoveled sidewalks, stumbled over crusty snowdrifts at street corners, and got just a bit of glide along the Charles River. It was not great skiing, but an interesting commute and marginally quicker than my normal walk of 45 minutes.

Thinking about commuting gets me depressed about Car Culture and how cars and their drivers get preferential treatment for all city transportation services. Here in the north, cities could have groomed track for commuting to work. It might entail designing a certain system of groomed sidewalks, clearing away snowdrifts at the intersections, and laying out routes that limit the number of intersections. Or perhaps there is a system of alleys that could be converted to commuting ski-ways. Even grooming existing paths, such as the Esplanade here in Boston, would allow a speedy winter commute on skis. I imagine there must be cities in Scandinavia that have some inner- or intra-city ski routes. I have not yet found an example on the web. “Ski-way” doesn’t google well.

Riding the subway home with my skis, I had a vision of a Boston street of brownstones with plenty of skiers and cafes serving them hot chocolate. The scarves flowing, the noses red, and cars buried in snow. I guess we would need more than a couple months of snow to get folks excited about the possibilities. Until then, I only get to ski to work on the morning of big snow. 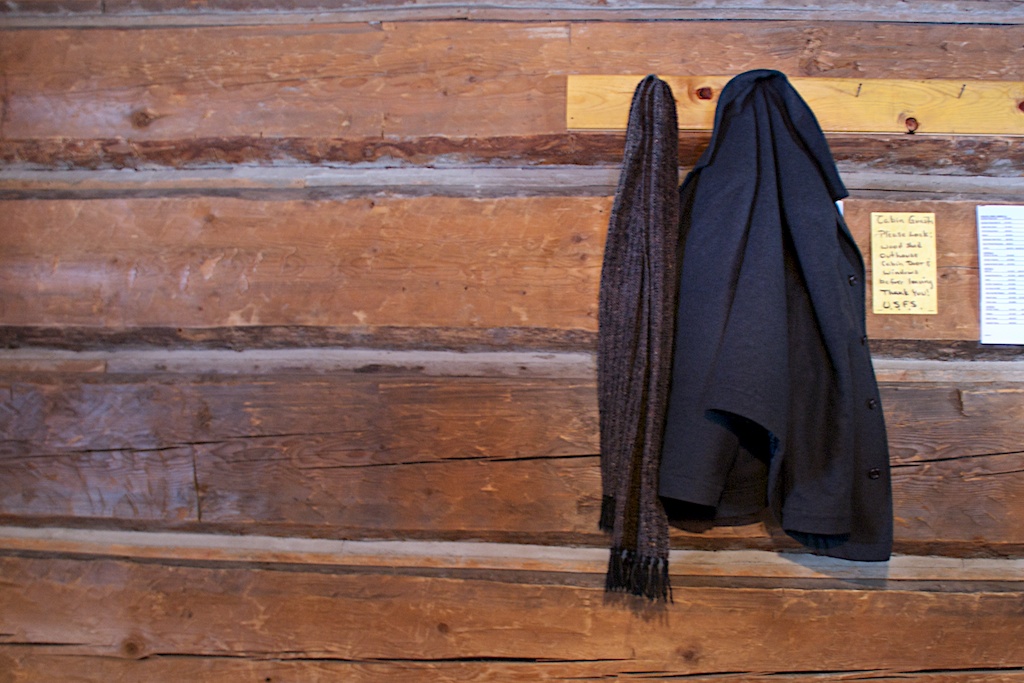