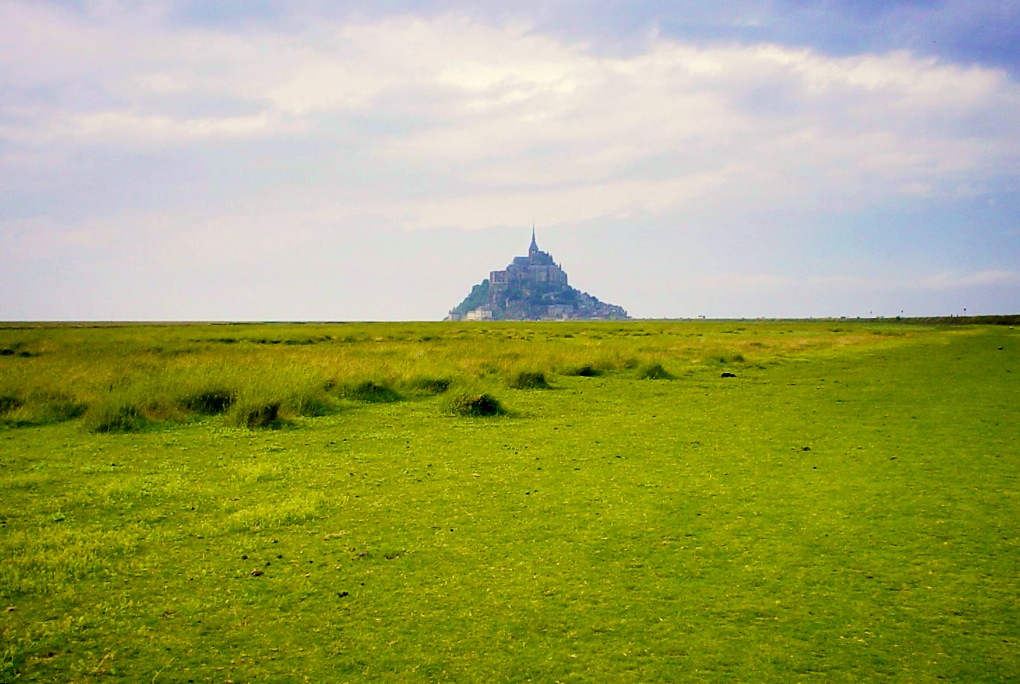 Normandy contains two of the Western World’s most important medieval sites: The Abbey of Mont Saint Michel and the Tapestry at Bayeux.

I went to Bayeux first, the day after leaving the Omaha Beach. Bayeux is a small town, perfect for walking and given over mainly to the Church. The tapestry tells the story of William’s Norman Conquest of England and the victory of the Battle of Hastings in 1066 over the duplicitous Harold who decided after swearing an oath of loyalty to William that he would rather be king. Stitched up during the 11th Century, it is oddly crude and exceptionally dramatic. Particularly lovely is the detailed marginalia, similar to that found on medieval manuscripts, with scenes from every day life and fantastic beast.

The museum had a pleasant surprise in that the upper floor has a huge re-creation of the tapestry detailing the events and historical context. Once downstairs to view the original, you are a given a headset that guides you through the entire 200-plus feet of the tapestry. I went around it twice and wondered if George Bush bothered to stop by on his recent trip to Normandy. If you were the Leader of the Free World, you could go see humanity’s most precious objects, have the world’s experts as your guide, without crowds or time limits. I probably would not do much work as Leader of the Free World, but I would have hella vacations.

I approached Mont Saint Michel from Arvanches. Arvanches is a fine town in its own right, perched above the bay famous for its tides. Way back in the 900’s the Bishop at Arvanches had a dream in which St. Michel showed up and told him to build an abbey on the rock in the bay. When he did not listen, the tough angel stuck his thumb through his brain. The bishop got right to work.

The Abbey is built on top of several buildings perched on top of the rock. How they managed to get the building supplies and people there is amazing in its own right as it is surrounded by quicksand. At one point, only this island could really be called France. It is a long, winding climb to the top. I was lucky and got in the abbey in the evening when most of the tour busses had left. This was due to staying open late for an art installations with bad contemporary French art. This is the most incredible place I have ever seen art staged. I was lucky to stumble with about 10 other tourists and sat transfixed as the monks and abbesses sang. Afterwards, I had a cup of tea given to me by an art fiend which took the chill out of my body.

There is not much to see except the stark wonder of the building itself. The Abbey was already in declining fortunes by the time of the French Revolution. It was turned into a prison by the revolutionaries. Its manuscripts are housed in Arvanches and I suppose what treasures weren’t smashed, were probably sold off to pay war.

I twisted my foot in a bad step in one of the gloomy crypts and hobbled home in the dark, descending through the little town hugging the base of the abbey. The tide was coming in and it was pretty damn perfect except for the pain shooting up my leg. Ah well. I was pleasantly surprised that the French are not out to gouge tourists completely and that the land-side village was not completely overrun with billboards and trinket shops. Sure there were some, but all and all, you just happen on to a crossroads and there is the causeway to one of the most famous pilgrimage sites in the world. I did not bike the causeway, but no regrets, neither did the pilgrims. 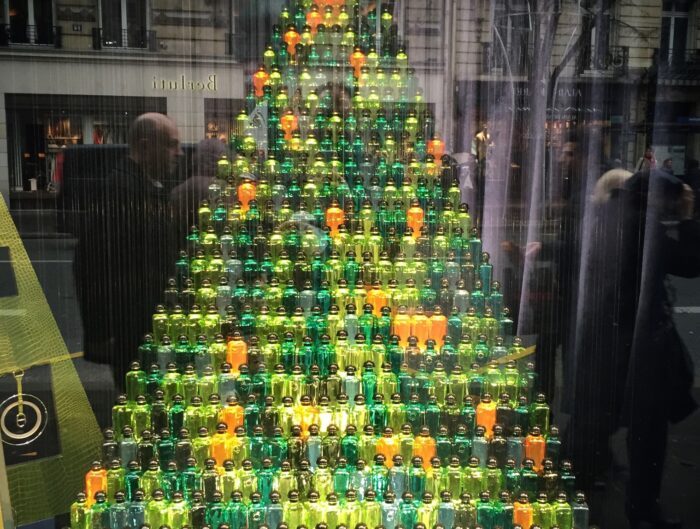