France is so passé 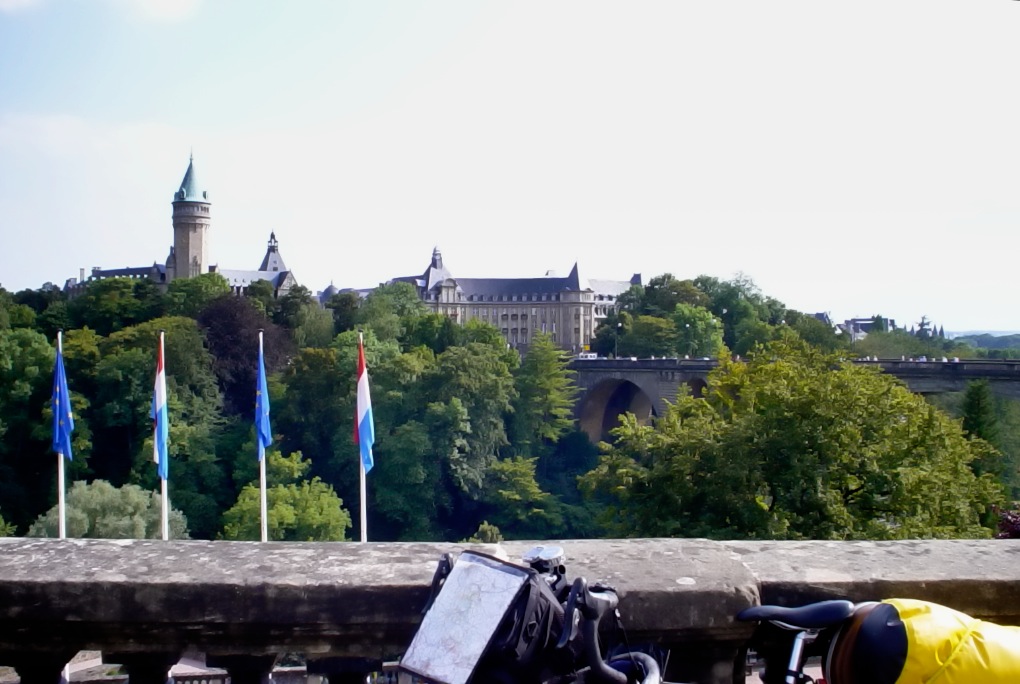 I am yet again in Luxembourg. I am getting ready to dash across Germany and find an Hungarian keyboard to type messages on. Are there other Americans who would end up in Luxembourg three times on one Euro-holiday?

I had a lovely time in France.

I learned many things in France.

It has been incredibly hot. My coco powder melted and my goggles are deformed. The kickstand sinks into the asphalt when I park my bike. I am drinking gallons of water. It’s just toughening up for the plains of Hungary.

I think I did break something in my foot as it still hurts. That is ridiculous. My bike appears to be holding up. Oddly enough, when I get back to Boston in addition to signing up for swim team and gay water polo, I have decided I need bike lessons. BE LIKE LANCE I say.

I arrived in Verdun after years of dreaming about it. Yes, I have a picture of me sitting under a tree smoking a pipe. I was not really contemplating anything, just glad to be in the shade.

I took a day off in Luxembourg last week and hit the road again for a tour of northern Luxembourg (ha ha ha) and the Eiffel Mountains. Considering this was my rest week, it made as much sense as going for a quick bike tour of Mt. Rainier. Here it alternates between hot sun and thunderstorms. I imagine it must be like Vermont. Actually, it did remind me a lot of Rainier, expect after a hellish climb and a cigarette, there was no view of The Mountain. Just another hellish climb and a castle.

The the most amazing swim in my life happened in Vianden, Luxembourg. George, a sweet fellow I met at Ellen’s party, invited me there to spend time at his weekend cabin. After wine and dinner, we went to the castle where they denied us entry because we were not dressed as medievally (oh if I only had on my lycra). We resorted to drinking at a Luxembourgian Firemen gathering. They will not be making calendars in Luxembourg. After many beers we hopped the fence of the 50m pool over-looking the foggy village and castle for early morning skinny dipping.

I drank Gerolsteiner Sprudel from the source. Though I missed the bottling tour by 30 minutes and got a flat tire.

I’m back in Luxembourg for a tad more rest, smoking with Manou, drinking with Ellen and baby-sitting Poopy. Today, I toured Manou’s bread factory. They make near-instant bread for bakeries in Europe, ship stuff to Japan, and if you are Luxembourgian you can even order a custom-made cake. I can’t wait to get those pictures. I looked so killer with my tan and hair net.

Tomorrow, Germany. Fast! If any of you have any place in particular I really must see, please pipe up because right now it will be a mad 80-mile a day dash straight to Austria. I know, I know, there is nothing like a 10-day dash through Germany.

I’ll be online tomorrow morning and then probably off again for another week or so. The internet is not all it is cracked up to be I am sayin’. 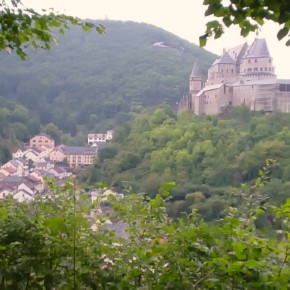 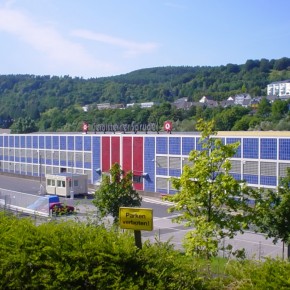 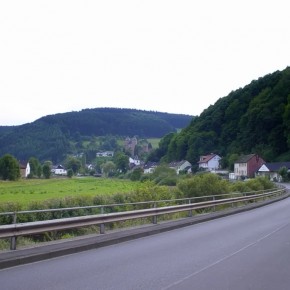 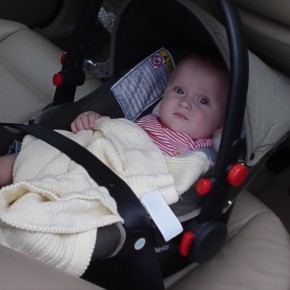 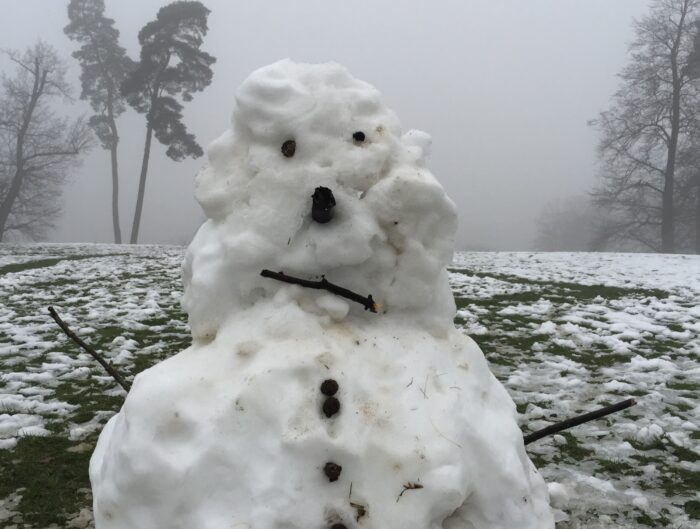 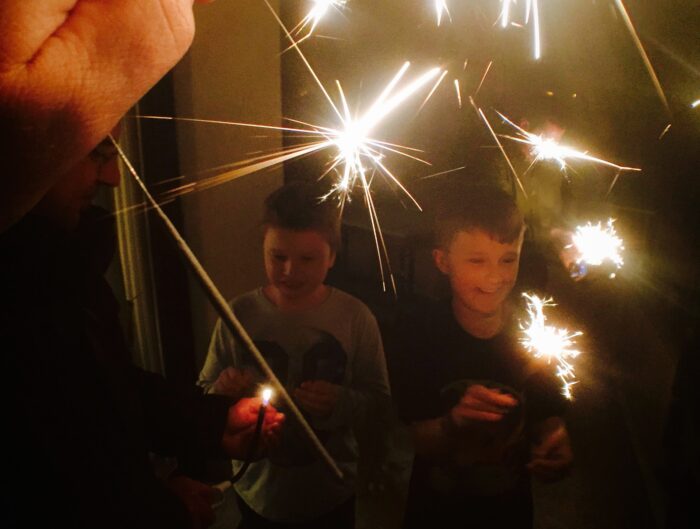 Luxembourg for the New Year
1 Jan ’15