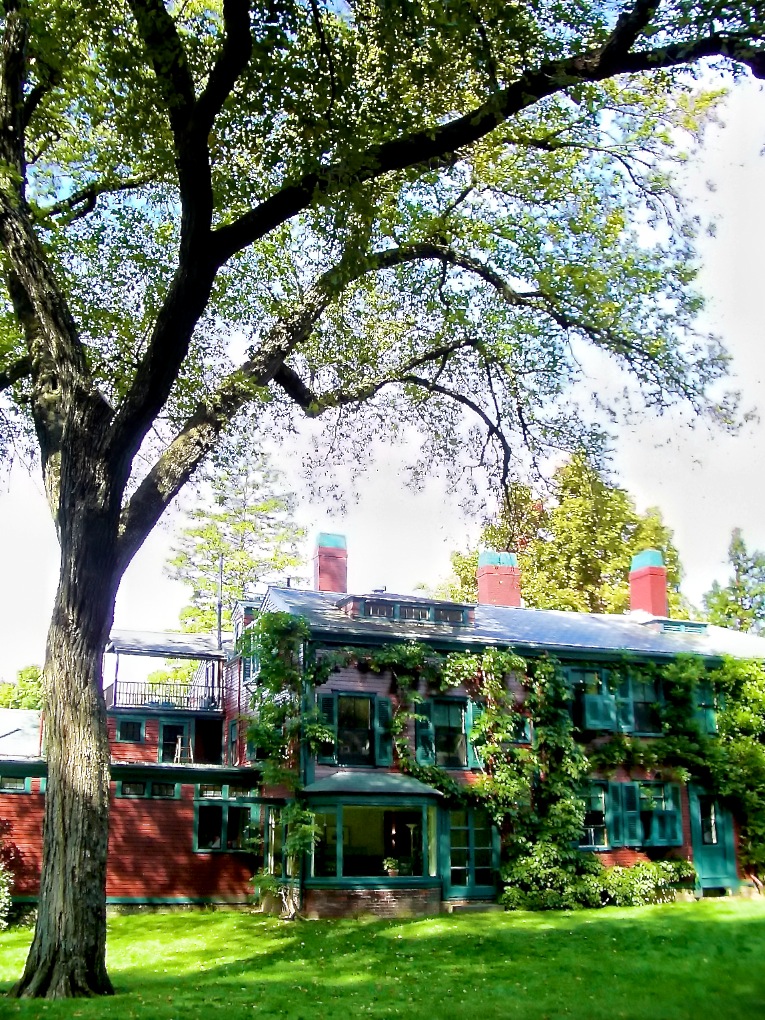 Many years ago, I decided that writing poetry no longer suited me. Instead, I would only make poetry if it involved videos. This was an odd time in my life. I was completely enmeshed in 19th Century landscape. My mother ended up in Seattle during a night in which I was wedged between two slam poets doing a 30 minute video lecture based on bits of the journals of Frederick Law Olmsted. In hindsight, the piece was really more about my father. I was horrified to share the bill with slam poets. My poetry reading days were obviously numbered.

I am now living in Brookline, MA. Brookline is essentially the Jewish neighborhood of Boston. It also happens to be the final home and office of Americas most famous landscape architect, Olmsted.

I dragged Vic here on my first full weekend in Boston. He had no idea I was on a pilgrimage of sorts. Nor did he understand the depth of my attachment to Olmsted. It is a short, confusing walk from our apartment. The small National Park consists of the home and office as his sons left them, and the garden Olmsted designed to show prospective clients. The Olmsted Brothers were not big on making changes, despite the success of their firm. It is cramped, darkly paneled, with poor light. The tour consists of a walk through of the home and office and highlights the processes and technology of architectural drawing. As a desktop guy, it was fascinating, though it must have damn tedious to be working there as a drafter.

Olmsted is my kind of guy. Pretty much a failure until middle age and self-schooled, he got a position as the Superintendent of Central Park due to the fact that he was a good Republican without too many enemies. He happened to be good at drainage. He tweaked Calvert Vaux’s and won the commission to have their design implemented. This is his most famous work. Vaux later become an overly bitter man as Olmsted built on his fame and Vaux fell into obscurity. The most famous works include Buffalo’s park system, Boston’s Emerald Necklace, the grounds at the US Capitol Building and the Biltmore estate in the Smokies. His sons designed the Seattle park system.

While he is famed for his landscape work, he was also a travel writer, primary force in the establishment of the Red Cross, and involved with the early conservation movement, particularly Yosemite. He even sailed to China. He gives me hope that I too might just be a late-bloomer.