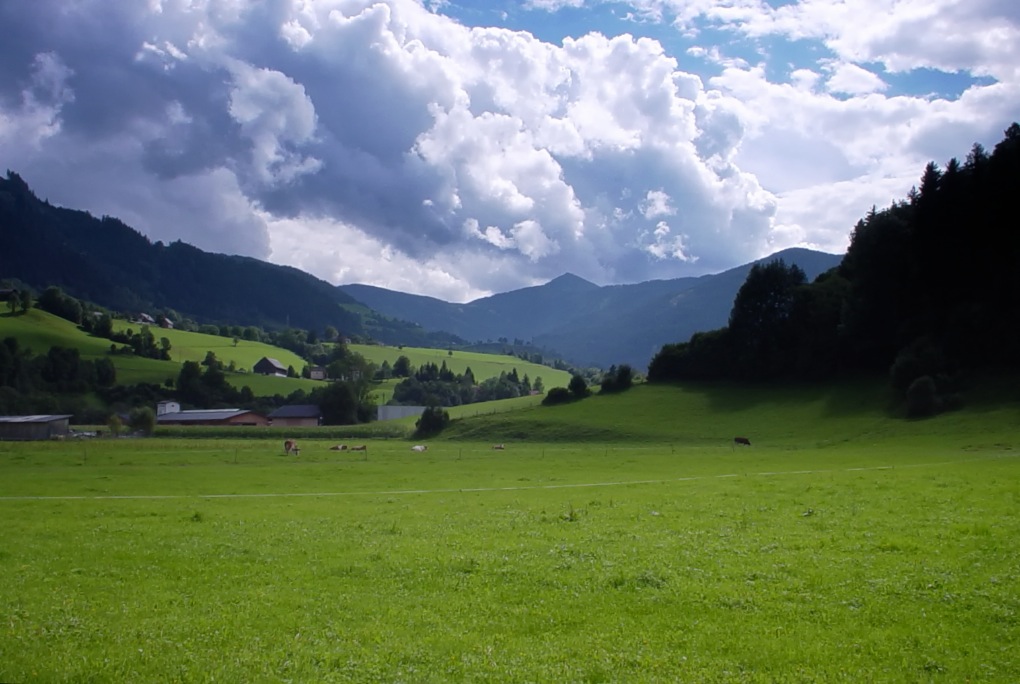 Actually, unfortunately there are. They are the Austrian Alps.

Currently, I am smack dab in the middle of Austria enjoying a few days rest and real towels at Julius’ house. He picked me up from a Volksfest in Wels about 20 miles inland from the Danube. It is quite pleasant here as it can rain outside and I am inside and he is giving me cookies. Also, he happens to live next to the Austrian Army (as he works for them) so I am having a hard time not being distracted like some French Maiden awaiting the Liberation. I have to resist pressing my nose against his windows and smearing them while watching drills…ah, Austria! Aloha!

Whatever I was thinking about a “mad dash” across Germany was foolishness. If you have a map, your finger (while chain-smoking) could easily follow my path across Germany by using the infamous path of least resistance: following the rivers. It took a little short of two weeks to get here from Luxembourg, with a couple short days and a day off due to terrible rain. Rain might be the theme for Germany this summer.

In addition to the rain slowing me and my spirit, there were wine fests both weekends. Um, these really slowed me up. Ok, ground me to a halt in the Swabish wine region. Actually, it was terribly difficult biking because the wine stalls were perched arcoss 6 or 7 miles of vineyards and at every stop people kept buying me drinks and asking me loads of questions, like “Where on earth have you come from?” and “What are you doing here?” This was very easy to answer: “Ich liebe Deutschland, ja ja!”

My foot is doing much better, however, I am glad I packed Neosporin as I crashed “gently” into a hedgerow on getting to camp immediately after this wine fest. Eggads!

I have been living on dried salami sticks and cake. The one I am fondest of is white on the bottom, has a cream layer, and then a layer of cherries and current in Jell-O on top. I can’t speak for the knives of Bavaria, but I will say the beer there got very good and is conviently located in magical huts along the bike paths. However, staying with Julius, in comparison with Ellen and Manou, is a bit like vacationing with Betty Ford. This is not necessarily a bad thing as a short detox before the Danube wine region starts is a smart palate cleansing.

I find it incredible that I have spent nearly all of the last 700 miles on well-marked bike paths. Perhaps I could add up 100 miles of that on roads with traffic or unpaved tracks where the trail mysteriously disappeared. As you might imagine, I have seen lots of tourers and day trippers, though have met very few, and I assume most are in hotels. However, often in camp, I get invited for drinks with other campers. In additon to my small tent which might as well be the 8th Wonder of the World, the fact that I am by myself and an American generally gets me a free drink, postcard, trinket or hugs everywhere I have been in the last several weeks. It is like some secret trio. That and toting The Violin. Actually, while most people seem to have never heard of Seattle (and all this time I thought it was the center of everything), the most common joke is to yell “Chicago! Rat Tat Tat” while pointing and jabbering away at me in German. I just nod and say “Stick Em’ UP” and have taken perverse pleasure in yelling “Howdy” at passing road cyclists. I have started to get annoyed at German guys with well cropped silver moustaches on their fancy road bikes. They seem to be everywhere and it is very petty and disgusting of me. Please: if at 40 or something I start talking about a recumbent bicycle, will one of you pull out one of these pictures and smack some sense into me.

In Heidelberg, I got my first “friend in need rescue” as I accidentally got on the wrong LAST bus to camp and was wisked by a very non-English speaking bus driver to dark, cold, nowhere village-land. Fortunatley, a kind young woman heard my plight, got me off the bus at her village, woke her mother, and had me join them in her house at 1:30 in the morning until a cab could come fetch me. This kind girl is off to work for a year as the Heidelberg representative at the Epcot beer garden. Disney evidently hires young girls from different cities all across Germany to answer tourist questions about their respective cities and to polka. I hope that someone is very kind to her in America if she loses her way.

In reverse to feeling like a stupid dolt, I’ll be honest, I felt extremely studly twice(!) in the last week. Once when I wore my tire down to the Kevlar lining; and a couple days ago when I pitched my tent on the banks of the Danube, which was not really blue, but more a green grey.

In a couple days I will BIKE out of here because what the hell is a biking in Europe holiday if you are not going to bike at least an alp or two? There is some of that street cred to worry about (of course I will be going downstream). I meet back up at the Danube at a concentration camp and then on to Vienna for some cake and art. The conflicts of Europe work that way. And then yes, finally on to Budapest maybe by next weekend for swimming.

I hope that one of you has gotten these post and dusted off your bike for a little radfahring. And if not, summer is not quite over so hope that you are enjoying the fresh tomatoes and please SOMEONE go see the PIXIES at Bumbershoot and tell me all about it. 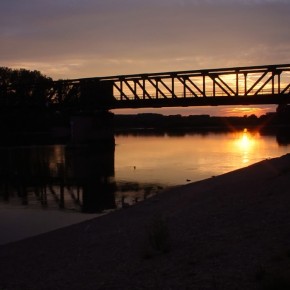 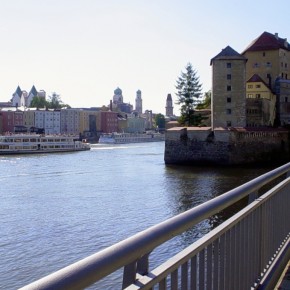 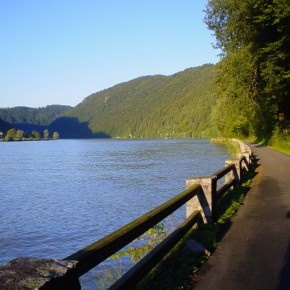 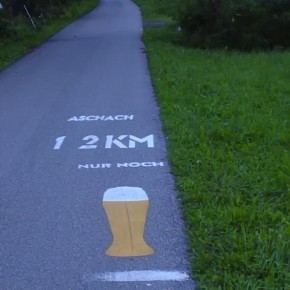 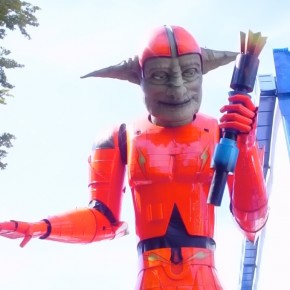 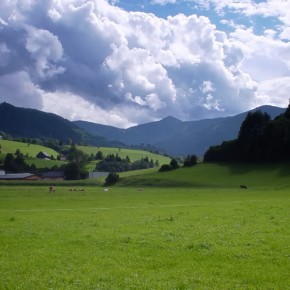 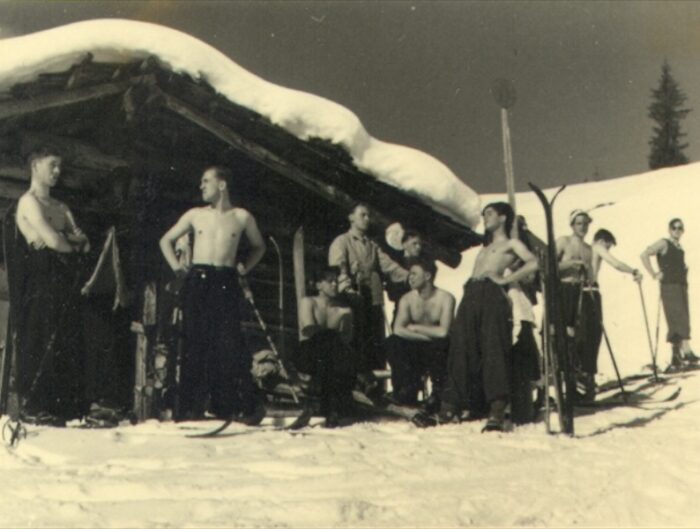